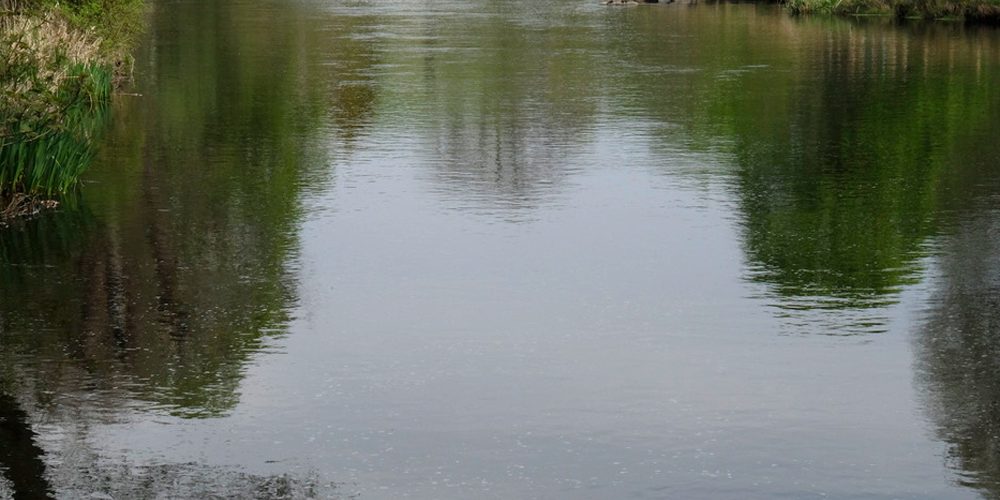 ART checked for any problems with smolts migrating downstream at Skeldon Weir on the Doon near Hollybush. They didn’t expect to find any issues and thankfully all seems fine. 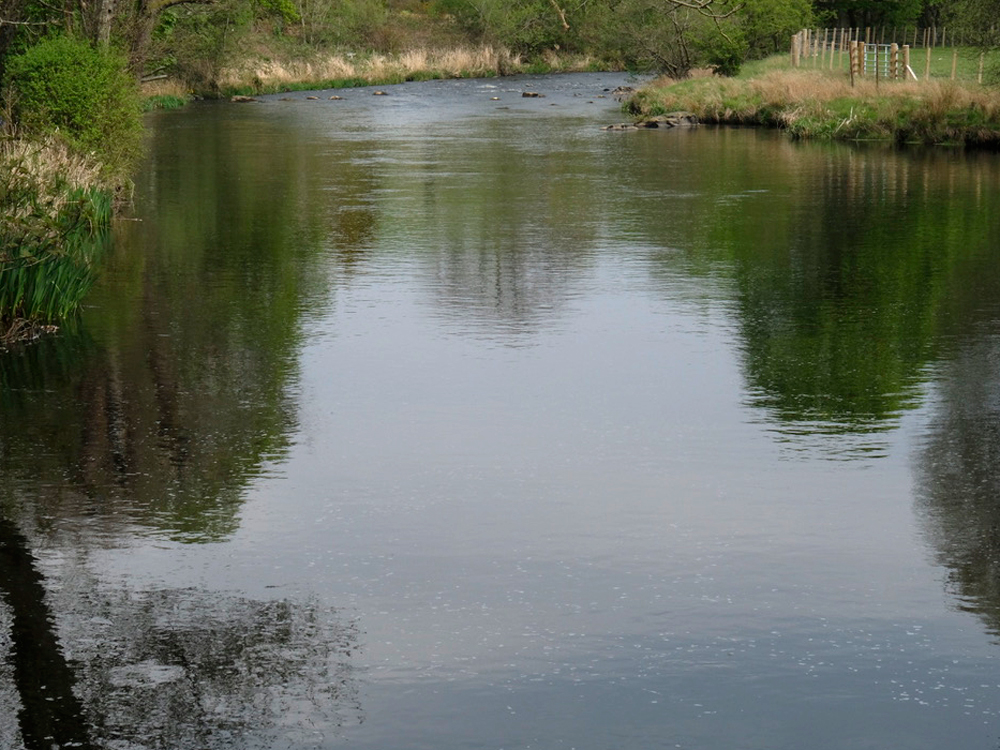 The weir pool at Skeldon where smolts rising in the pool seemed to be at natural levels rather than build up. A build up would indicate that smolts can’t freely move downstream.

However, the Trust are reporting of significant numbers of smolts building behind Catrine Dam on the Ayr which they attribute to the position of the screens within the penstock and lade. Fortunately, during the construction process at Skeldon, ART discussed the smolt screens, their design and positioning  with the developer and the end results is a good one. 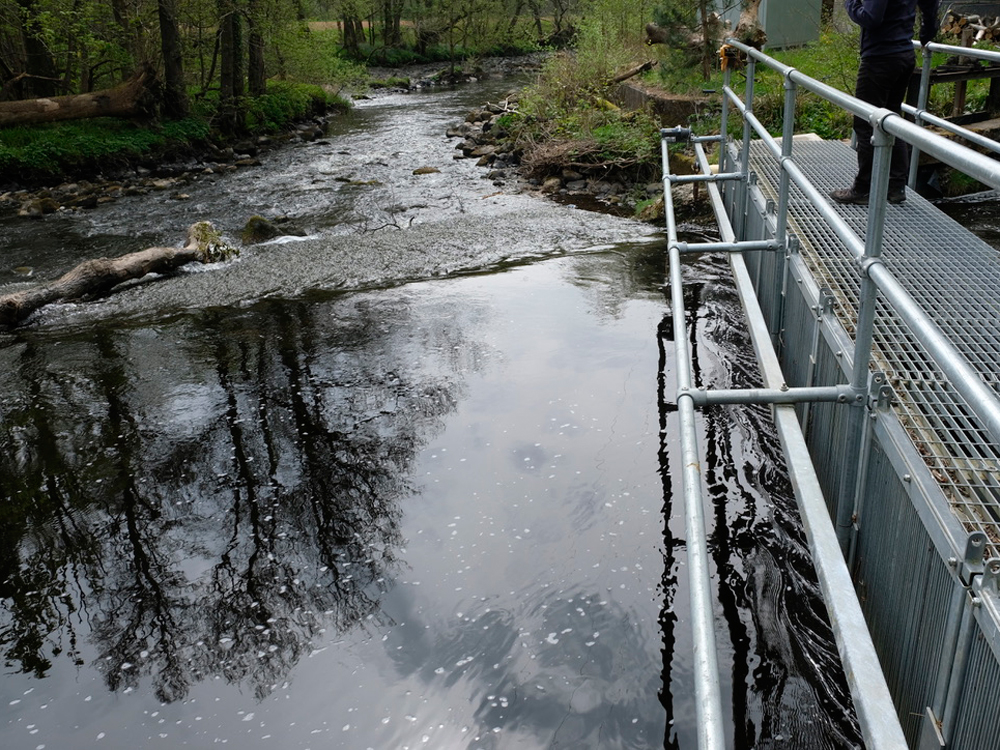 The screens and weir crest at Skeeldon. Smolts appear to navigate beyond this obstacle easily. 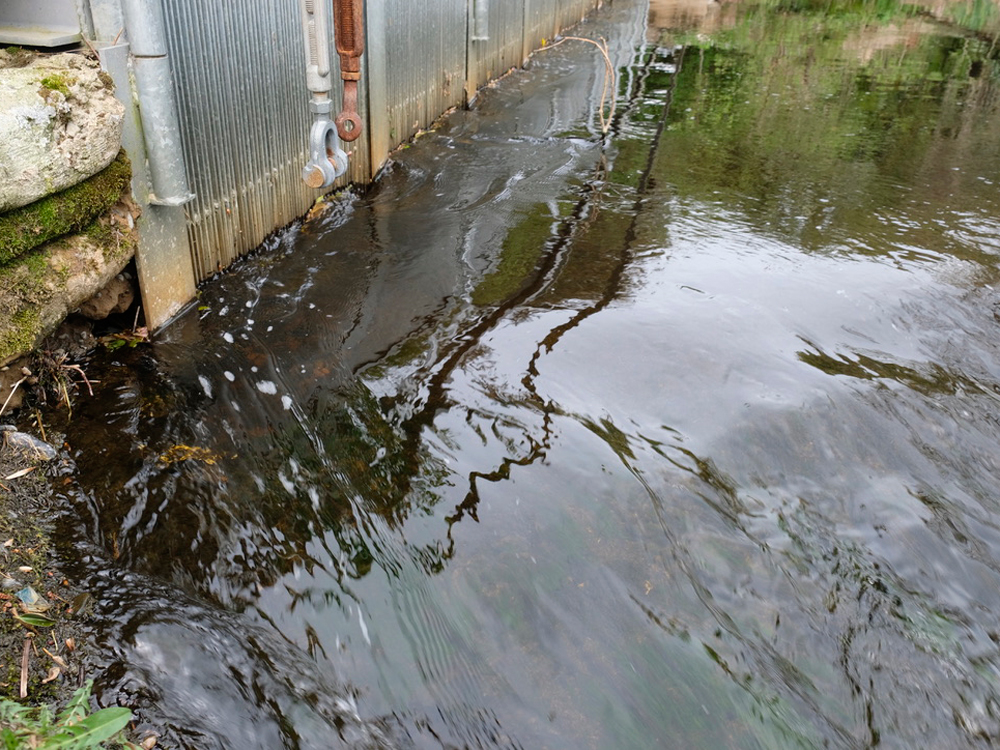 Even in low flows, there’s adequate flow over the crest of the weir near the screens to allow them to continue their journey without delays

Smolts were rising in the weir pool as is to be expected with the smolt run underway but there’s nothing like the build up in numbers seen on the Ayr at Catrine which the Trust considers to be a severe problem. 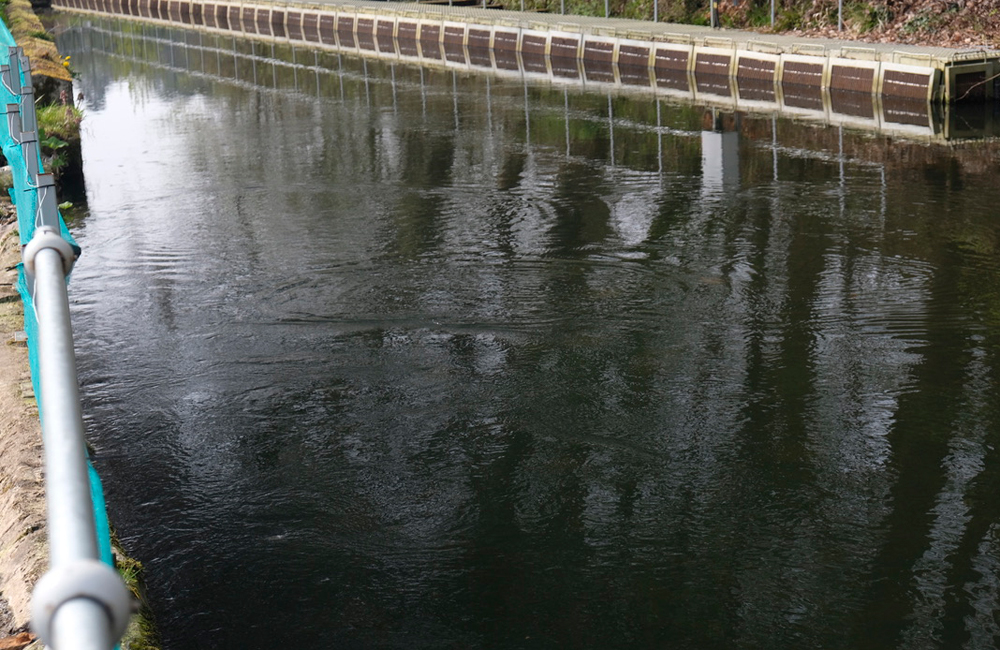 Quite a different system exists at Catrine on the Ayr where it appears smolts become delayed for days and even weeks unable to move downstream after entering the penstock at the top  of the lade. This doesn’t happen at Skeldon due to a superior design.