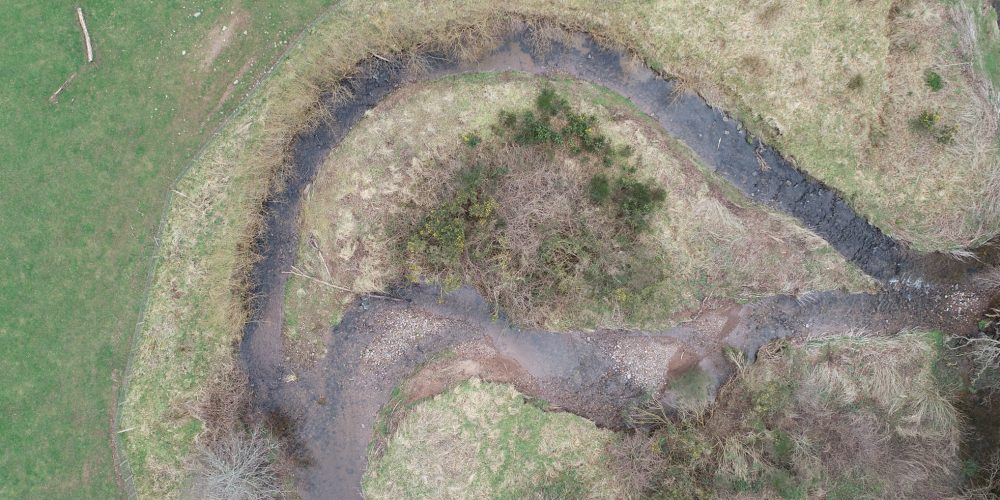 During the course of the last few years, the Doon DSFB and Ayrshire Rivers Trust have joined forces, (the Trust with their expertise and manpower and the Doon DSFB’s financial assistance) to improve watercourses that are failing within the catchment. This is a planned and prioritised approach to management that allows us to focus on addressing key issues affecting both habitat and fish productivity.

The biologists at ART sought the DSFB’s assistance in 2015 to address erosion on a large scale occurring at Blackbyres on the Culroy Burn. While some erosion may be beneficial, it was ART’s opinion that the accelerated erosion at Blackbyres was due to livestock pressures and was having a detrimental impact on water quality and fish production. In fact, they were extremely concerned by a lack of naturally produced juvenile salmonids throughout the length of the burn. Blackbyres was not the only area of concern and further works were delivered upstream at Sauchrie that have helped improve the outcome however, more on that another time.

Agreements were reached between the DSFB, ART and the landowner and work commenced to stabilise the erosion in September 2015. A combination of green engineering techniques, mechanical reprofiling of the eroding banks and stock fencing were installed. Initially all was well but Hurricane Alice arrived in November causing severe flash flooding and a large tree washed down the burn and damaged the newly graded banks, leaving a gaping hole and the new fence suspended in mid air. 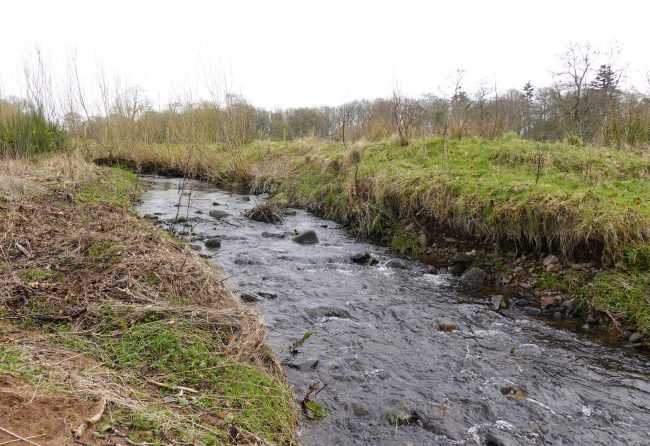 The once eroding bank is stable in 2022 with willow trees sprouting from the spilling installed in 2015 and 2016.

In 2016, the Board agreed to further assist the Trust to reinstate the damaged banks and this time, all went well. Trees were planted, willow weaving and green engineering methods used and all burst into life knitting the bank together.

Fast forwards to winter 2021/2022 and there have been further changes at this site. The eroding bank remains stable and the green engineering is flourishing. However, the river has cut a new channel upstream of the worked area creating a new braided channel through some scrub and low lying areas. The trust biologists are not too concerned by this change,  pointing out that increased spawning opportunities have been created and more diverse flows will benefit different age classes of fish. It is impossible and would be wrong to constrain any burn or river. Watercourses must be expected to move over time and while preventing land loss is possible in some instances, in other’s it may be best to allow nature to take its course. Each situation is unique and ART staff are there to offer advice and assistance to anyone that wishes their help. ART will continue to monitor changes and keep the Board informed as things progress. 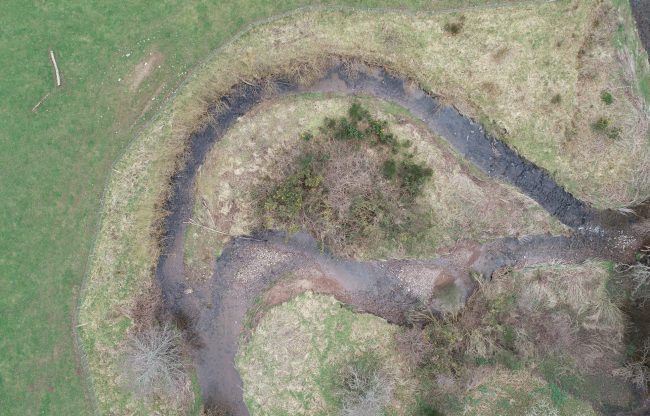 An aerial view of the stabilised bank and the new braided channel that opend up in winter floods 2021/2022. High value land loss has stopped and with it, suspended sediments have reduced

So the question has to be asked – what has this work achieved so far? The answer is encouraging. Silt loading in the main river downstream of Minishant clears noticeably quicker as spates subside, than it did previously. David Cosh, proprietor of the Swallowbraes beat reported the river clears up to 2 hours quicker than before. Water quality has also improved and the habitat in Culroy Burn is at last free of the thick layer sediment that once smothered spawning gravels and eggs. Electrofishing surveys over the last few years have shown salmon numbers are slowly improving although this remains sporadic from year to year. However, trout numbers are now amongst the best recorded anywhere in Ayrshire. This bodes well for the future and is potentially very encouraging for sea trout stocks for which this burn was anecdotally, renowned. Trees planted across the worked area are developing although there has been an issue with deer within the fences. The Trust staff planted another mixture of bare root trees today. 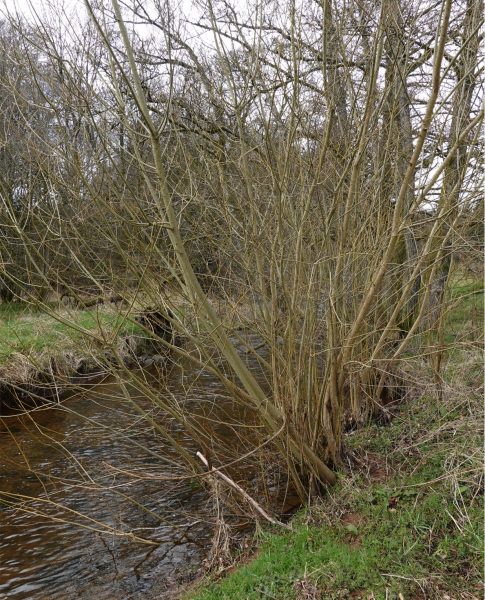 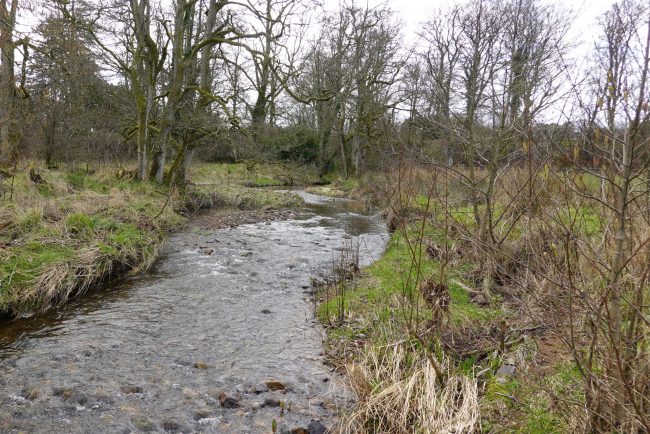 Alders planted in 2016 are doing well and erosion has ceased at this lower site due entirely to managed livestock grazing taking place.