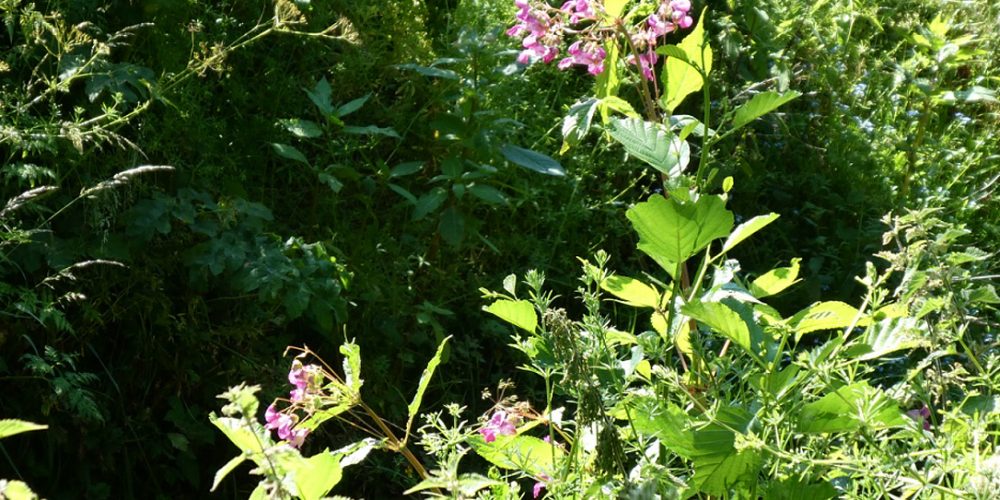 The River Doon DSFB and ART have been suppressing the spread of Invasive Himalayan Balsam over the last few years and while this plant is not yet extensive within the catchment, it does continue to spread. This plant is not native and it quickly takes over out competing native species on the river bank. Once it dies back for winter, it leaves bare soil that is prone to erosion and this reduces water quality. 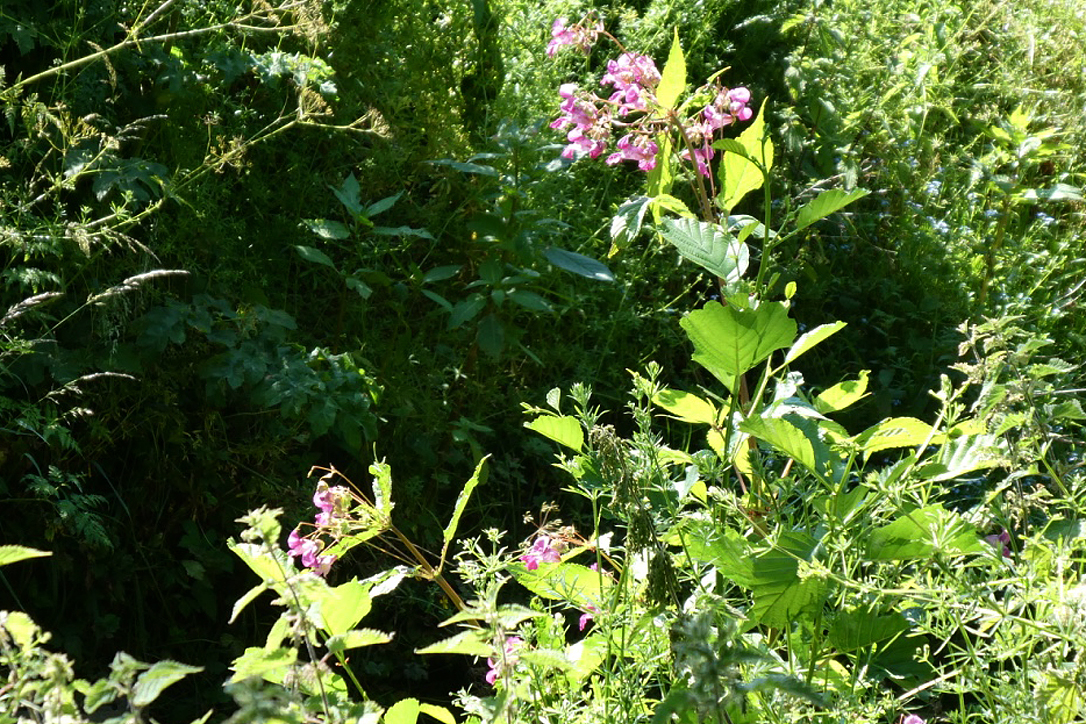 Himalayan Balsam in flower. The colour of flowers can range from white to deep purple.

Anglers and owners are asked to assist by pulling any Himalayan Balsam plants they see during June and July and in August if seed pods have not yet formed. Simply pull firmly at the base of the stem and the roots should come up. Hang them over a fence or tree branch and they will quickly die off. It is an arduous task to remove every plant but that is what it will take to eradicate this nuisance from the catchment and prevent it dominating every area of the river bank in future.

Similarly,  we are attempting to eradicate Giant Hogweed from the catchment as it is a dangerous plant that causes skin blistering to those that touch it. It only occurs in a few areas but anyone discovering a plant, please let Ayrshire Rivers Trust staff know. This plant is best avoided but please do report any sightings to ART biologists on 01290 518130 and they will attend to them. 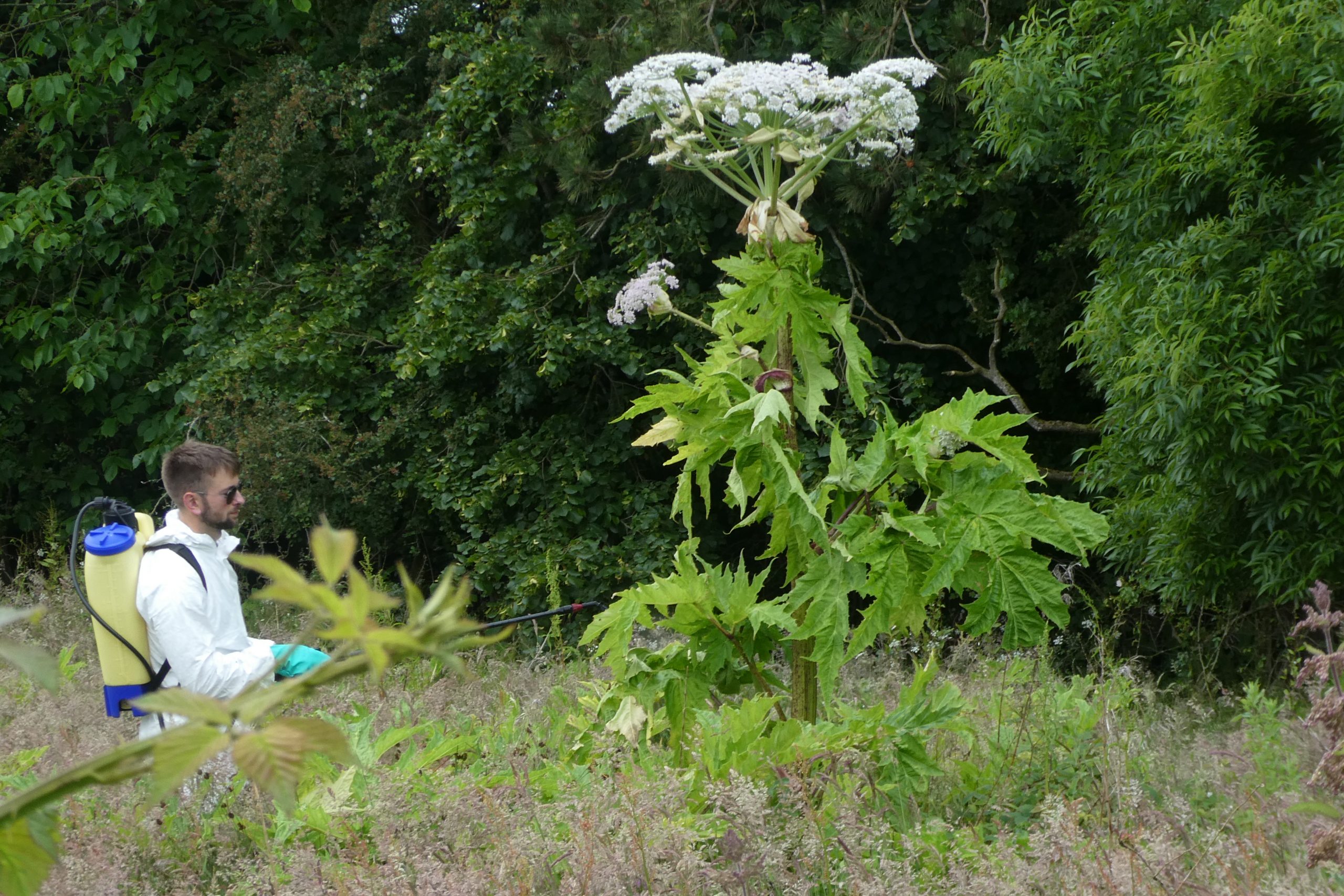 Giant Hogweed being sprayed. This plant is dangerous and best avoided.

Japanese knotweed is another non native plant but it is best left alone as it doesn’t spread unless disturbed. It doesn’t produce seeds and therefore only spreads through cuttings. Report this plant to ART and if possible they will attend to it should they be able to secure funding.

A small stand of Japanese knotweed but this recently appeared due to broken stems being washed downstream and dropping on the river bank. JK is a plant best left alone until such times it can be injected and killed properly. Spraying is no longer considered an option as it only has a temporary effect on the plant. The pink plant in the foreground is red campion (I’m almost certain) and should not be confused with Himalayan Balsam.