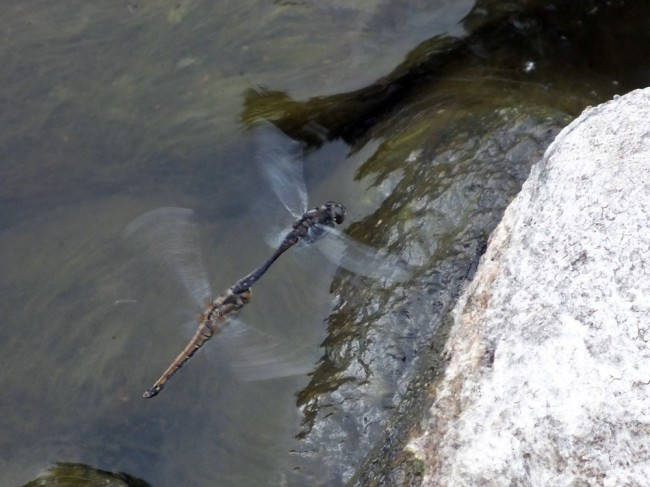 Loch Doon area today proved interesting. It’s been a while since I was last up Carrick Lane and the White Spout and neither Goron nor Struan had fished them before so a really worthwhile day.

The White Spout site was last fished in 2009 and had salmon and trout in low densities. Prior to that it was fished in 2003 and no salmon were found. Today we found only brown trout but in good numbers. I haven’t entered the results into the data base yet so can’t provide densities but I expect they will be reasonably good. The algae made netting fish difficult and the conductivity was so low that the equipment struggled to hold the fish until they were netted but we managed with relatively few escapees. A good haul of wee trout was nice to see, but they were wee. 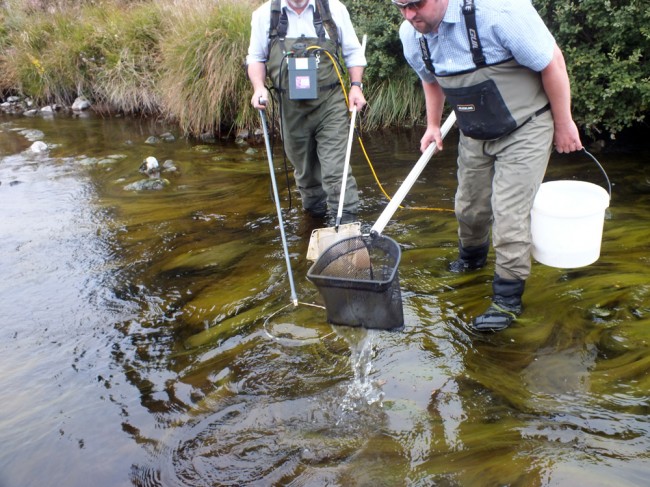 Algae and low conductivity made catching fish difficult. Although the algae covered the bed, the substrates below were clean and should be revealed after the next spate. 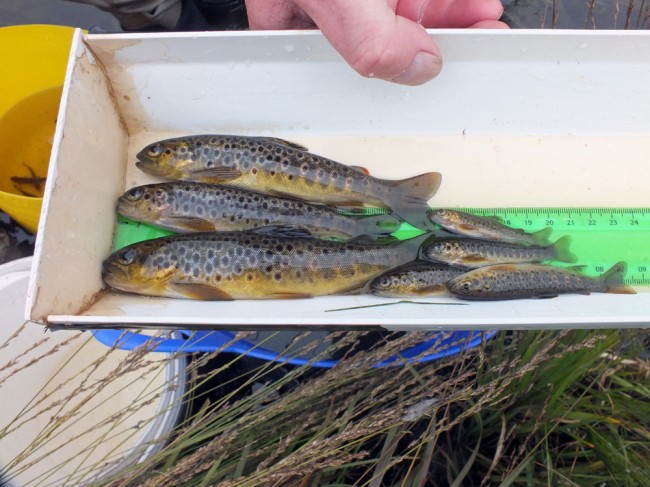 A nice selection of the catch from the White Spout Lane

Carrick Lane was stocked with fry earlier this year. Whilst its no secret that I’m no fan of stocking, I did ask the hatchery to undertake this operation as mitigation stocking is necessary where a population has been virtually lost for one reason or another. I don’t know at present how many were put in nor how far up they were stocked but I expect most went into the lower reaches but above the waterfall at the loch. We just aimed to check that some survived and after a very short time electrofishing above the foot bridge, we found two so that answers the question and we moved on. They were 60 and 80mmwhich indicates that they have done quite well in such a low productive part if the catchment. Carlos Van Heddegem provided me with photos earlier this year of the stocking taking place. 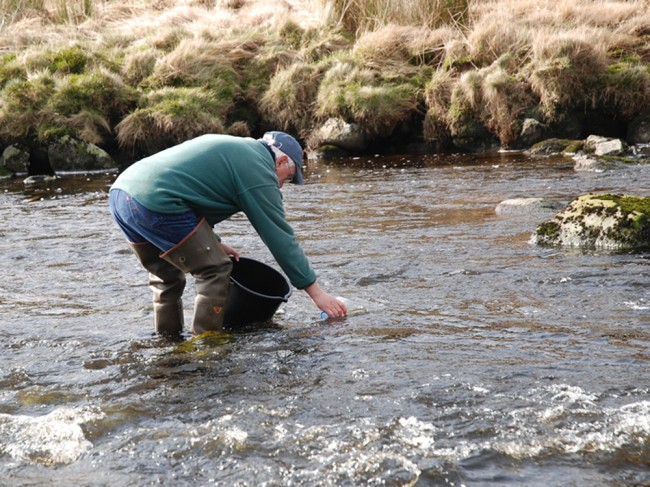 Wallace stocking a bucketful of fry into Carrick Lane earlier this year.

We moved further upstream in an attempt to find salmon parr that were naturally produced (or fry). We fished a new site about half a kilometre above where I think the stocking took place and found no salmon at all. The trout population on the other hand was good and we caught several really nice trout up to about 12″. They were a bit on the lean side but again that’s not unusual in such unproductive waters. It was quite a thrill to see so many good sized trout in a relatively small area. We had a good haul of parr and fry too. A couple of trout had slight deformities. 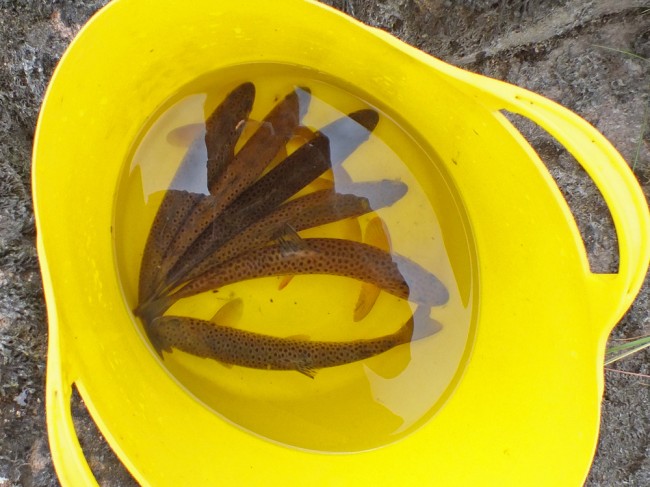 6 good trout from the new site at Carrick Lane. 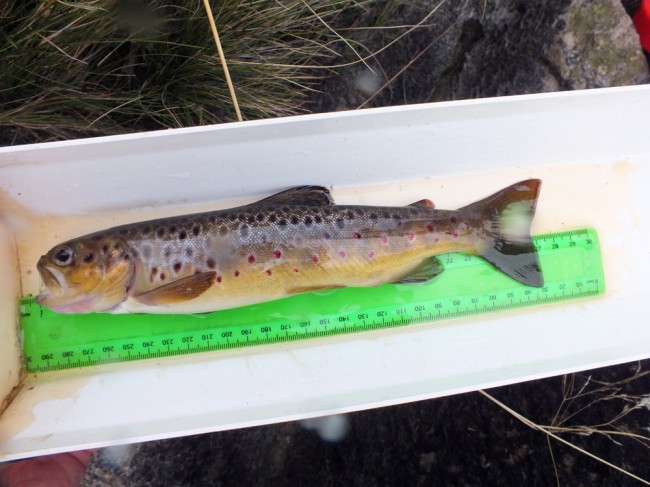 Not the nicest trout but one of the nicest coloured. It seemed to be doing well despite it slight short top jaw. We had another trout with a similar looking mouth.

Again we headed upstream in search of the elusive salmon but again failed to find any. We intended to fish the Lamdoughty Burn on the way back to the office but there was so little water in it, I thought it best to leave it until we’ve had a bit of rain. We’ve more surveys planned for the area and will return next week following our Irvine surveys. We dropped in at the Roundhouse Cafe at the end of the loch to see if we could spot the ospreys through their scope but we didn’t see them. The female with one chick have left the nest leaving the male with the other. Hopefully these chicks will return to Ayrshire and establish other breeding sites of their own. The male parent was hatched in Dumfries and Galloway in 2009 and as far as anyone is aware, this is his first successful mating.

There were a lot of  Black darter dragonflies (Sympetrum danae) mating and laying eggs on the wet edges of the rocks.